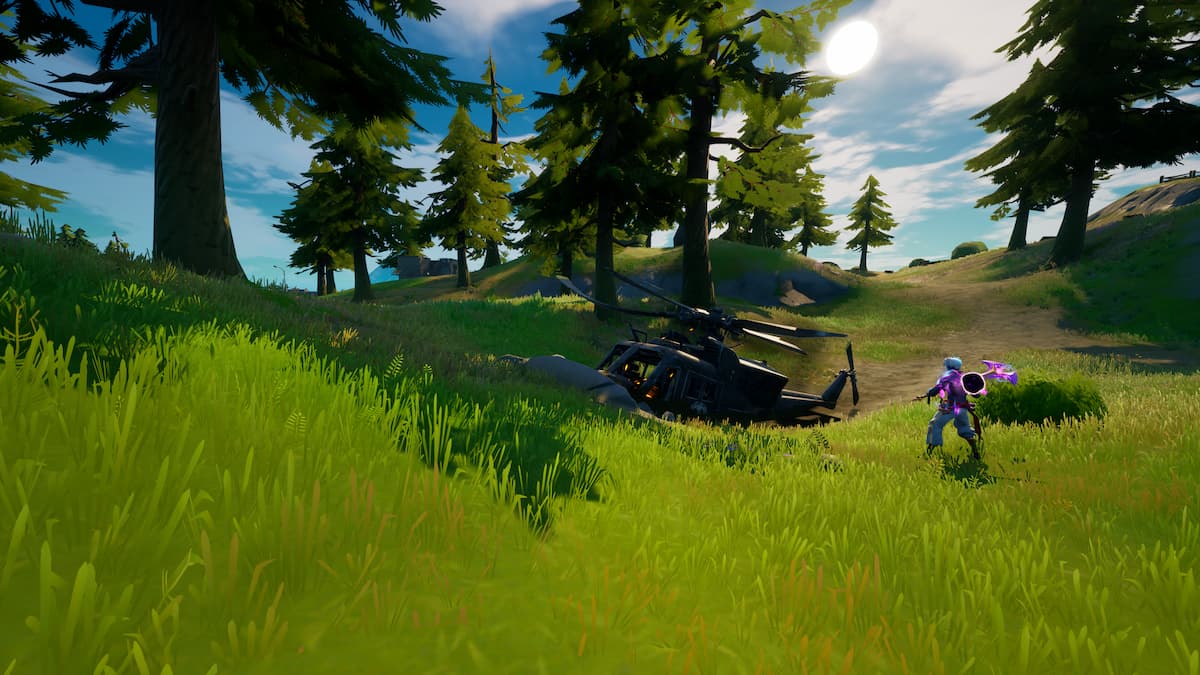 New challenges have arrived at Fortnite that indicate the strange things that are happening in the game. First, players will have to examine the shot down black helicopter. All of these challenges seem to indicate aliens coming to the island, and posters have been found in Sweaty Sands that suggest the same thing.

Was the helicopter shot down by the alien ship she was investigating? If aliens actually come to the island, what does that mean for the whole story? Did they follow the Seven here, or were they attracted to the force of the zero point for various reasons?

Investigate the shot down black helicopter

“Someone flew low and scared my corn.” You look into it, don’t you? Indie Oscar? Yeah, that won’t fool me. I know IO when I see it. “