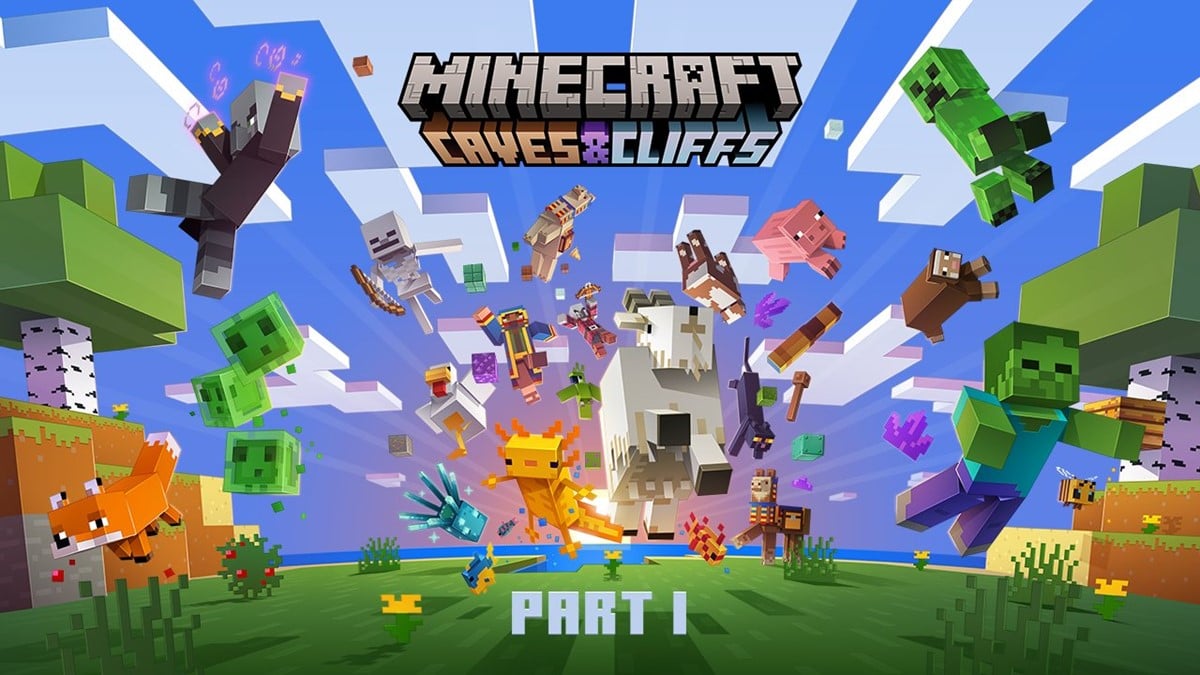 After it was made clear that the new update to Minecraft’s Caves & Cliffs had been split into two separate parts, many things began to change behind the scenes. The weekly images were mixed with a special supplement, and the new content of the images themselves began to gradually decline. It was a long time before it was just bug fixes, and small to no major changes. This is because the first part of the major Caves & Cliffs update is coming very soon!

Part 1 of Minecraft: Caves & Cliffs is released on June 8. It is designed for both Java Edition and Bedrock Edition. This means that it will be available for Java Edition for PC and Bedrock Edition for Windows 10 and for most console and mobile platforms. The official announcement includes Xbox Series X, Xbox Series S, Xbox One, PlayStation 5, PlayStation 4, Nintendo Switch, iOS and Android.

This update comes with new blocks and new mobs such as Axolotl, Goat and the previous exclusive Minecraft Earth: The Glow Squid.

On the contrary, all new biomes and world-generation changes will not start until Minecraft: Caves & Cliffs Part 2. Part 2 of the Caves & Cliffs Update does not yet have an exact release date, but is scheduled for the holiday release season later this year.