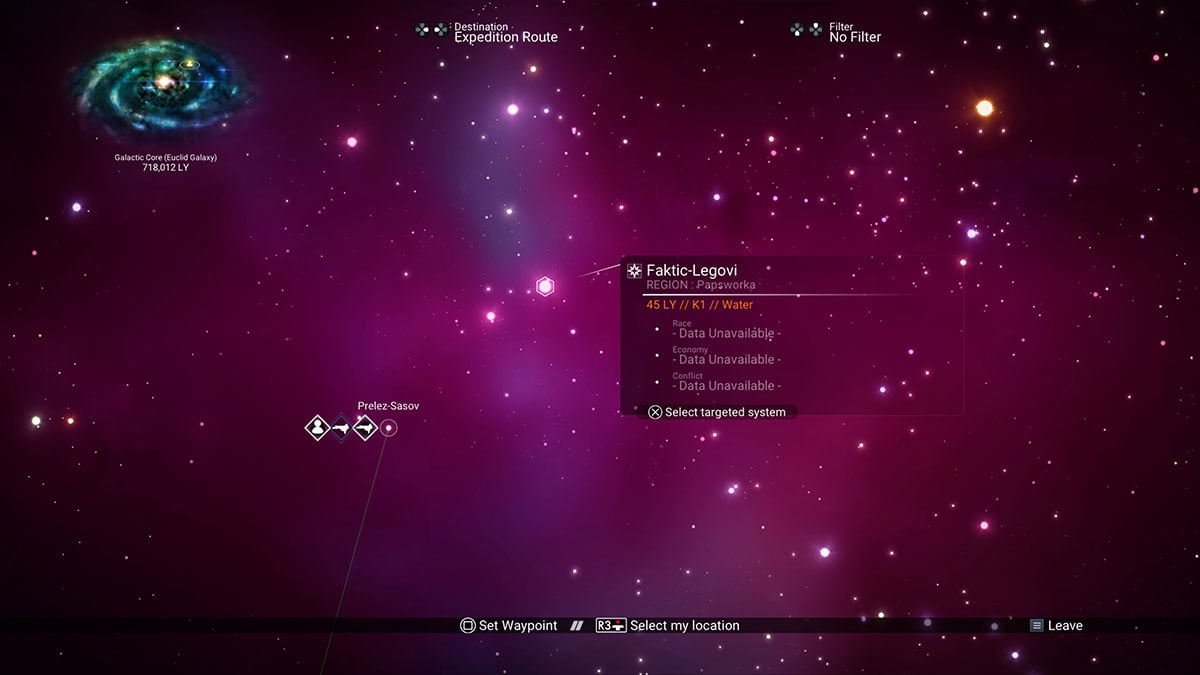 Abandoned systems are an ominous type of system in No Man’s Sky that you come across every time you play. Although you can find them organically, sometimes you also have to find one for a task or as part of an expedition. In this guide, here are some tips for finding these elusive systems so you can identify them quickly and efficiently.

What are abandoned systems?

An abandoned system is a system full of planets like any other in No Man’s Sky. However, some catastrophic event caused the whole sentient life to flee the system or die. The only signs of life are empty buildings without NPCs on any of the planets or moons. Most of the planets will be infested with whispering eggs and other biological horrors. These are dangerous planets that can be landed on.

You will still be able to find Buried Technology Modules on planets in abandoned systems and they are not completely lifeless. If you hold on long enough, the pirates will pounce to attack you, and you may even witness a space battle between the fleets if you’re there at the right time. The last thing you should know about abandoned systems is that they contain a damaged space station. It will be visually destroyed and will have no markets, although you will still be able to trade and teleport from there.

Abandoned systems will not appear as such until you visit them, so there are some things to look out for on a galactic map before you visit a potentially abandoned system.

Look for a low economy

As everyone has left the system, the abandoned system will have a low economy rating. If you see this rating paired with the one below, then there is a good chance that this system will be abandoned.

Little to no conflict

Again, because there is no sentient life in an abandoned system, there will be no major conflicts. These systems will either have a low conflict rating or the rating will be unavailable. Systems with this rating are worth a visit because you don’t have to worry about dedication. However, the combination of this assessment with the economic amount indicates a high probability of leaving the system.

Green star systems have the lowest chance of leaving. If you are looking to find one of these types of systems, don’t bother wasting time with green stars. You have a much higher chance of finding it elsewhere with red and yellow stars.