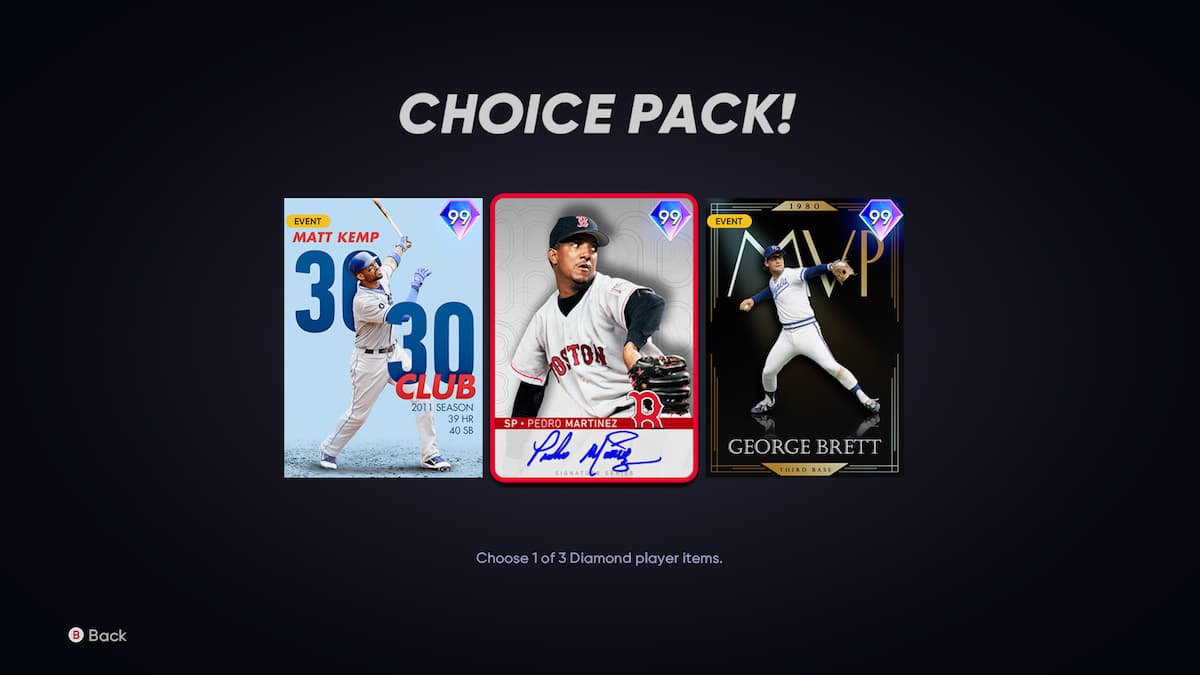 The MLB Show 21 6th exchange program has arrived, and this means a chance to catch one of three new bosses through the Choice Pack. Like other programs, this package can be obtained after reaching level 26, and the three players available this time are Matt Kemp, George Brett and Pedro Martinez. But which player should you choose? Let’s look at three cards plus our recommendations.

Which 6th shift program boss should you choose?

The choice you make will, as always, depend on the goals of your final game. If you are looking for an ace, Pedro looks perfect. Martinez has a good arsenal of pitches, highlighted by a solid heater, and the speed is not bad either.

Camping, on the other hand, would not be a bad choice, thanks to its tremendous punch and combination of speed. However, the camp is a right-handed attacker and since there are several big names of right-wing attackers (Acuna Jr., Clemente, Guerrero Sr.), which damages its overall value.

And as for Brett, count on this card to be a punching machine if you master its swing. Unfortunately, don’t expect this item to bring the strength that Chipper Jones or All-Star Rafael Devers can have on the pitch.

That being said, we recommend taking Pedro Martinez if you plan to catch the boss to stick with your lineup. One thing we’d like to point out is that because of Pedro’s popularity, expect most people to catch # 45. If you want to sell your boss to the Stubs, choosing Kemp or Brett may not be a bad choice, as fewer of these cards will be available on the Marketplace at the end of the program.