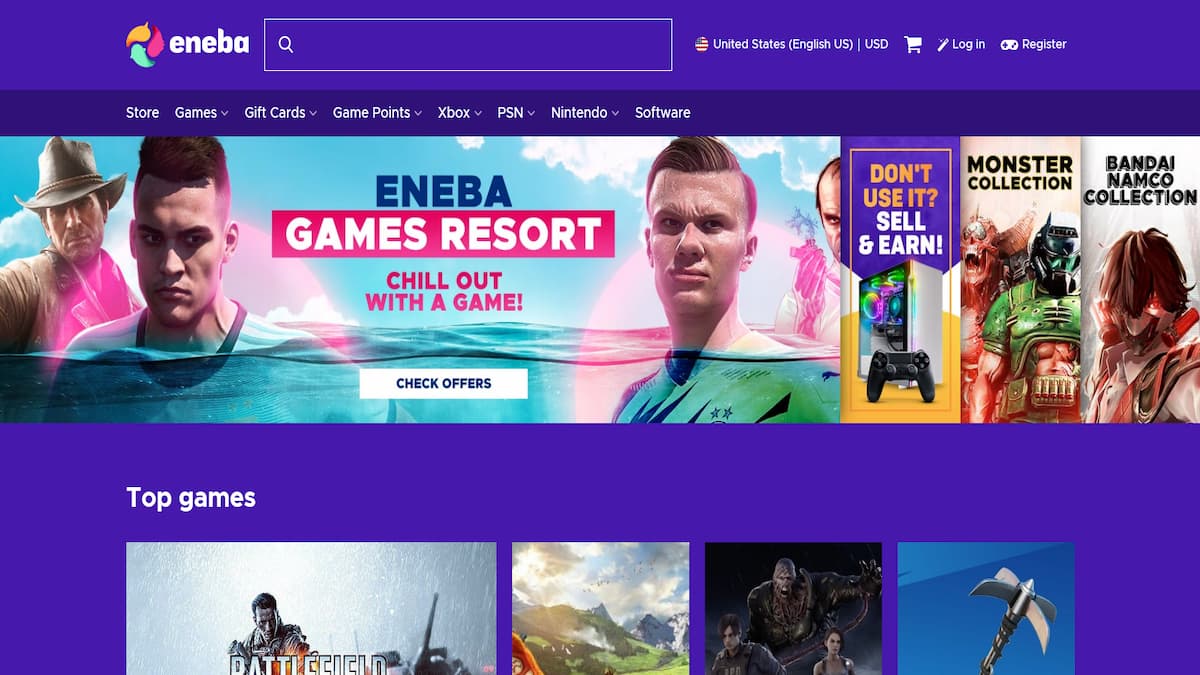 There are many websites that offer keys to titles on Steam, many of which offer players discounts and special offers. And while healthy competition only benefits buyers, especially the aforementioned sales because of so many market opportunities, there is a risk that game codes will be obtained from less than legitimate sources, poor or non-existent customer service, or the site itself will not deliver on the product as promised.

Eneba is a newer web marketplace website founded in 2018 based in Lithuania that allows third party vendors to sell codes. These codes include game keys for all major online computer stores, such as Steam, Uplay, Origins, Xbox, GOG, Battle.net and Epic Games. It also sells gift cards for Amazon, iTunes, Netflix, Spotify, Nintendo eShop, PSN and Xbox Live, as well as occasional sales with nice discounts.

Eneba has a strict policy of accepting only third-party vendors whom it trusts, and has received their codes from legitimate means either through wholesale purchases or seasonal and regional discounts. Strict standards also seem to have paid off. According to the website Trust Pilot, currently has a user score of 4.6 out of five with more than 51,000 total reviews. When searching the score, 85% are excellent and only 7% are at the lowest rating bad. They also respond quickly to negative reviews and seem to solve the vast majority of these problems. However, one of the payment methods is PayPal, which provides buyers with even greater protection in the unlikely event that nothing is resolved on the market.

Overall, Eneba, despite the rare hiccups, is a legitimate source with a very high rating that players can trust when purchasing game codes.