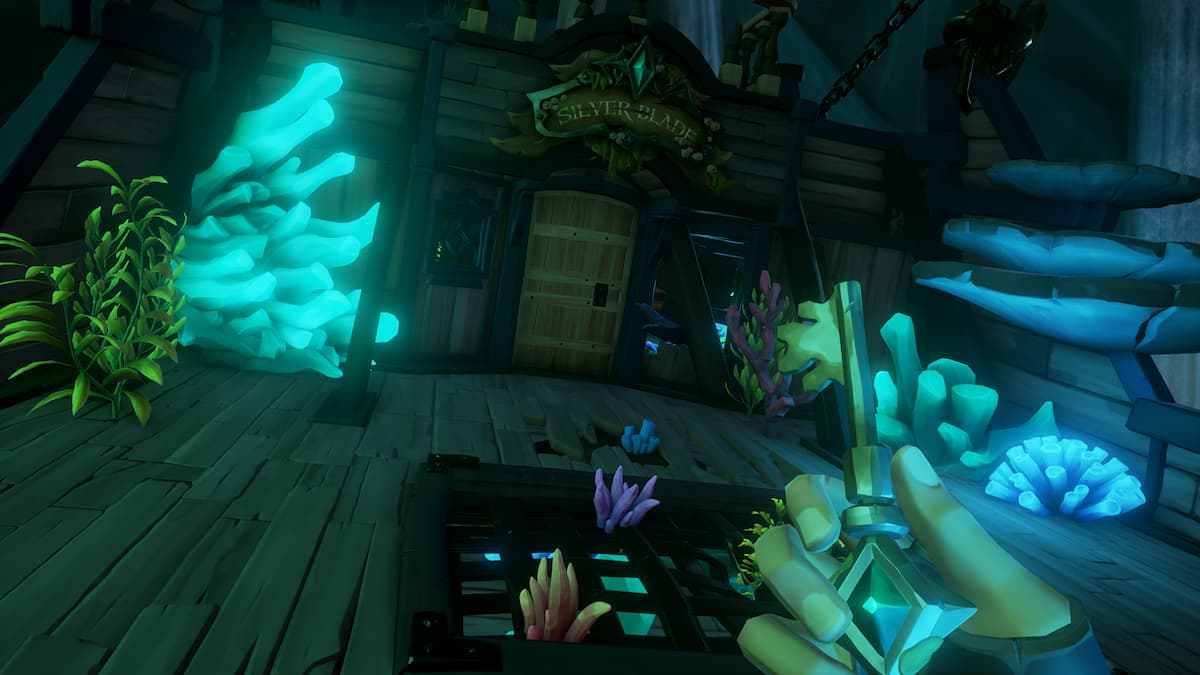 While the Black Pearl is a sunken ship in the middle of the second Tall Tale of the Sea of ​​Thieves: A Pirate’s Life, during this story there is another shipwreck. The silver blade is represented in The Sunken Pearl Tall Tale and you will find the captain’s diaries throughout the search. Later in the Tall Tale story, you will actually find the wreckage of the Silver Blade and use it in battle. However, the captain’s room is locked and you had to pick up the key earlier.

In Chapter 3, Sunken Pearls, after reaching the Citadel of Sirens, you will reach a flooded cave with three statues. Hit the three statues so that their gestures match the gestures of the murals, and swim into the air. Coral will be in the way, but if you look through the holes, you can see a large statue with a conch shell – shoot it with your weapon to activate it and lower the water level. After beating some ocean crawlers, open the door in front of you with a pulley.

Go up to the next pulley, which will lower the broken hull of the ship and use it as a platform forward. From higher places, go to the back of this cave to the part of the shipwreck. Continue around the cave wall and see a small cave that you can enter. At the end is another sculptural art and a coral wall separating you from the previous room. You will have to shoot these three statues again, preferably using the Eye of Sight. The wreck from the previous period will have a weapons box, which will allow you to change weapons if necessary. Once the statues match, return to the shipwreck, look at the Eye of Sight, and focus on the top right to look at the large shell statue. Shoot at it and raise the water level.

Swim to the center of the cave and climb the ladder to get to the platform. Use a pulley to pull the wooden board down and use it as a bridge before lifting it back. At the crossroads, go left down the wooden board. Continue forward and to the right, and at the end of this hall there will be a pedestal with a silver key. Grab it and you’ll have to jump back into the water, go up the ladder and make the bridge again. Go right around the large statue and open the barrier forward by firing the switch at the top.

Hug the wall on the left and you will find the Silver Blade. You will encounter conflicts here against Ocean Crawlers and cannons, but between battles do not forget to take the key to the back of the upper deck and open the captain’s cabin. Here you will find the Chest of Everlasting Sorrow for the Chest of Sorrow award. It will be a problem for the rest of Tall’s story, but at least the praise was worth it.