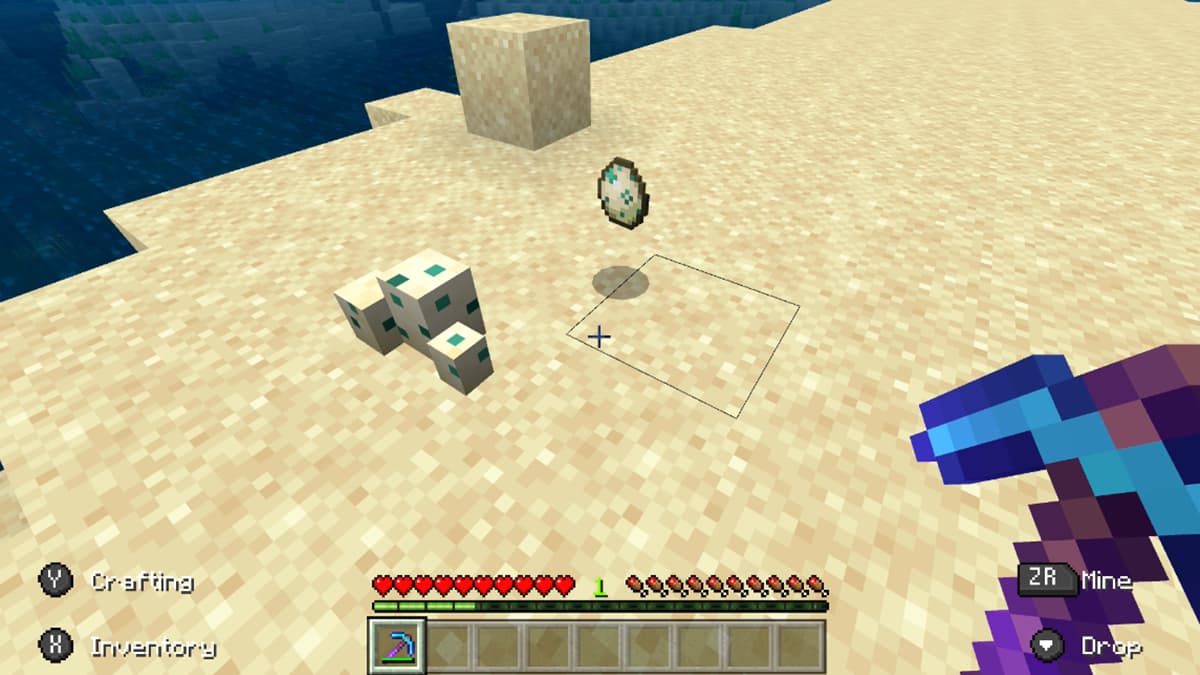 Turtles are one of the most popular reptiles in the animal kingdom, and their inclusion in Minecraft has made many turtle fans happy. In the block worlds of Minecraft, there are passive mob turtles that won’t attack you, so some people will want to get a sea turtle as a pet around their home. If you want to raise them from birth, here’s how to get Sea Turtle eggs to Minecraft.

Sea turtle eggs can be found on beaches in ocean biomes. If a sea turtle has been raised and laid more than once, there may be up to four eggs on one block. Watch them; when you step on or land on them, it can eventually burst and end up with no small sea turtles being born.

If you have found some sea turtle eggs in the wild, the only way you can collect them and put them in your inventory is a pickaxe with a Silk Touch spell on them. If you break eggs with anything but an object with a Silk Touch, the egg will be destroyed and nothing will be born.

If you have a sea turtle egg in your possession, it will not hatch until you place it in another area and will only hatch at night. If you want a sea turtle to hatch in your home, put a few sand blocks and water in it so that the turtle can explore them, and place its eggs on one of these sand blocks. The tortoise will remember it as its birthplace and return there to lay its eggs when it becomes an adult tortoise.