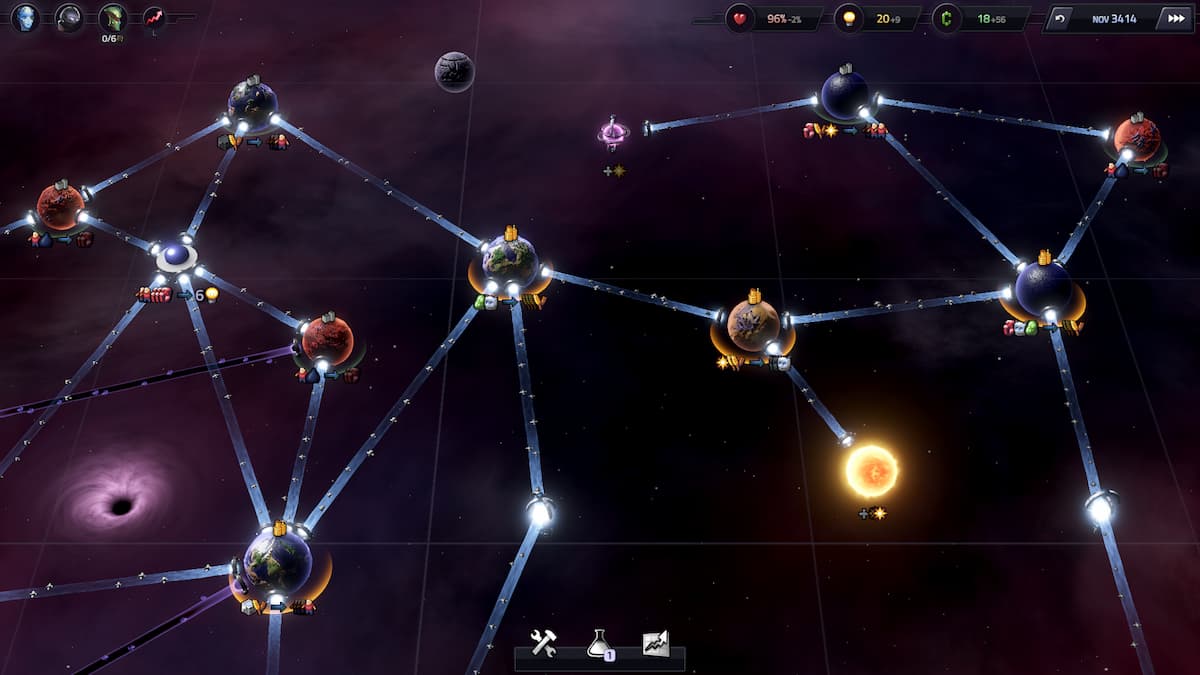 Science will be the cornerstone of your growing empire in the Slipways. Without it, you will not be able to come up with a unique technology exclusive to the three board members you chose at the beginning of the game. It’s also easy to forget about science, because it doesn’t feel like an important structure of your growing empire, and you’d be wrong. If you ever have a planet that has a surplus of people in its production, we strongly recommend going out of the way and starting working on science.

The most direct method of obtaining science in the Slipways program is to create a research center. You can do this at any time in the game if you have free space next to a nearby planet. The research center requires People, so you want to place it next to the planets that People produce. It is better to create them next to planets that have already reached a steady or successful level. These are worlds you don’t have to worry about so much, and taking the People production out of it isn’t the worst. After you have done this, you need to choose the source you want to start studying. It can be ore, water, biomass, wood chips or robots. You will want to join two planets to coordinate it all.

Once you do that, you will gain more science at the end of each round. You can then use this science to select research projects and further advance your empire with advanced technologies.