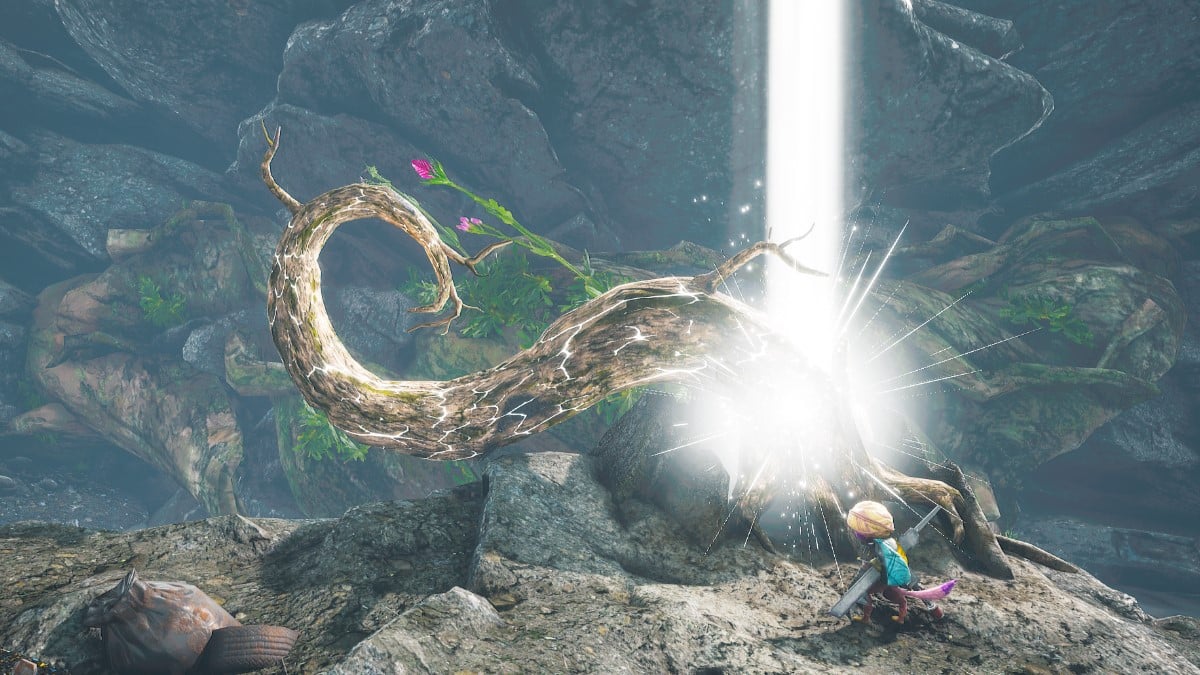 In Back to the Roots, players will have to find and heal all the damaged tree roots in Biomutant. This is not a particularly difficult task, as each step will be marked with a waypoint that will show them what to do. Where it might be a little complicated is to get Nono, a strange creature that must bring to the root.

Nonos can be found in specialty plants that grow around the world. Often they will be guarded by several enemies, so players will have to either fight their way to them or sneak in and get Nono in a less discreet way.

Some pink flowers will grow all around the tree. To get Nono, the player will have to hit the flowers with weapons and then recruit Nono in the net they received earlier in the game.

Once they have NoNo, they can simply bring it to the waypoint, communicate with the root and they should be ready. There will be more NoNo plants hiding on the map, so watch out for them, but if you don’t have any more in your inventory, you should always be directed to a new one as the next part of the task.