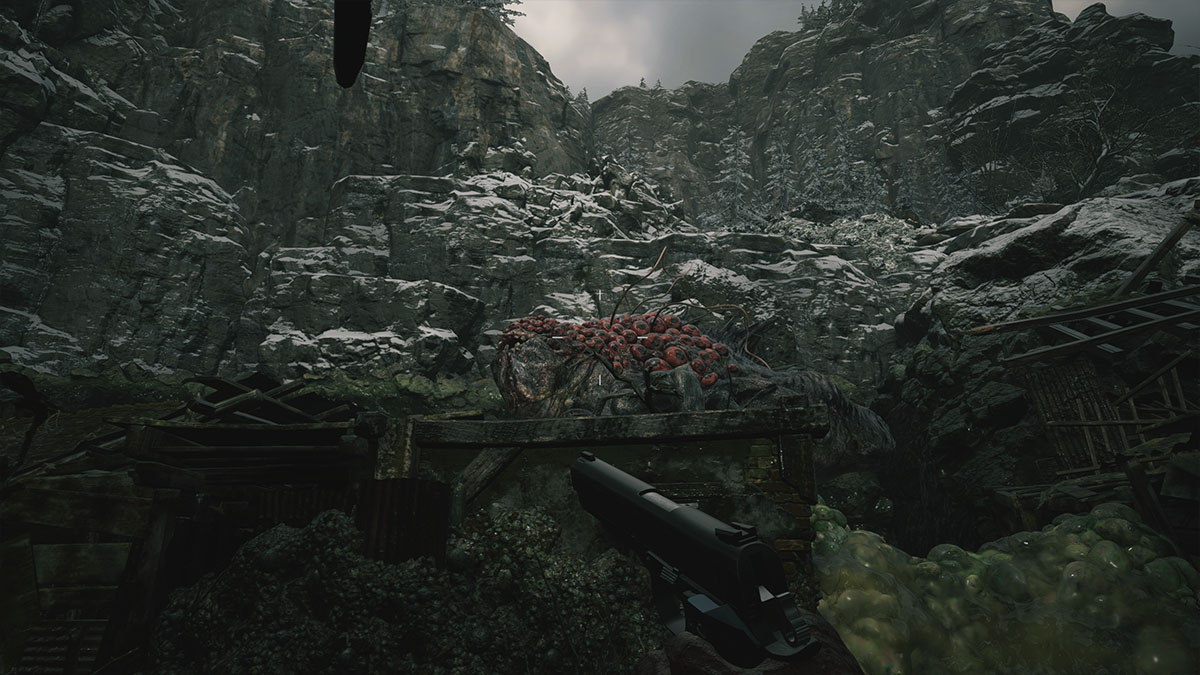 Moreau is a huge, twisted fish monster that players will have to fight in Resident Evil Village. The fight takes place in the old old town, which was previously covered with water, until the players emptied it to reveal the boss.

The city itself provides several important things. First, there are a lot of barrels filled with ammunition and other goodies around the place. As you keep your distance between you and Moreau, break these barrels and stock up.

The buildings will also provide cover. From time to time, Moreau climbs to the roof and begins to spit a rain of acid on the city. When that happens, you want to be under the roof, so when an animal starts climbing, always try to run to an open building.

When Moreau spits his acid bath on the city, he can also build some green walls to block you, so make sure you destroy them as well. You don’t want Moreau to interrupt your lines of movement.

The last thing to watch out for are the explosive red barrels, which will do a lot of damage to Moreau if you can shoot them when he’s close. Most of the damage you do to Moreau will be on his “real” human form, which comes from his huge fish mouth, so focus your fire on the area.

The main thing in this fight is just constantly moving backwards while blasting Moreau. Pay attention to when it starts to rise, and get to safety and maintain a high level of ammunition with the supplies you will find in the city.