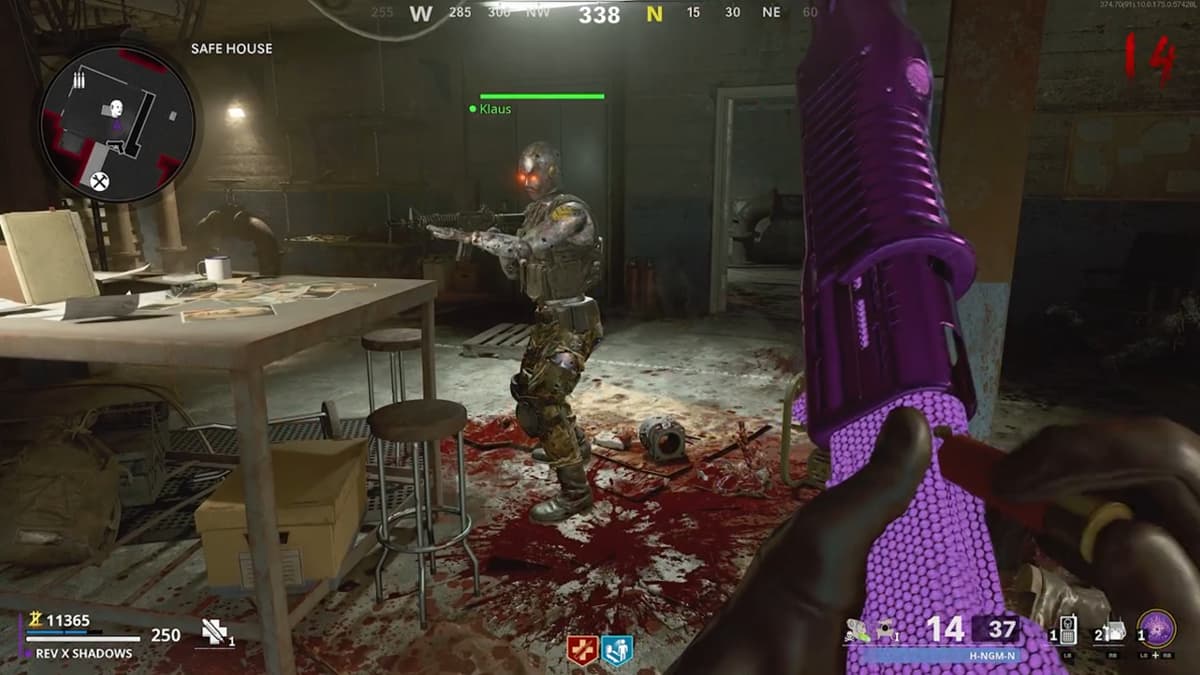 Call of Duty Zombies is really enjoying its side targets and Easter eggs. It will almost always be out of the way, which will require you to explore a bit and find the components to create something that will help you fight for your life. Mauer Der Toten is no stranger to this concept, including Claus, a robot made by the Americans, but with a German personality. Here’s how to activate Claus the Robot in Mauer Der Toten in Call of Duty: Black Ops Cold War Zombies.

Before you can start Claus, you must turn on the power and activate the Pack-a-Punch machine. When it’s done, go to any of the Pack-a-Punch enclosures with search towers in them. There will be piles of debris scattered across both yards, which you must communicate with to dig. Eventually, you grab a microwave dish from them.

In the next part, you will need to have a weapon with a Brain Rot effect. You can buy it on a Pack-a-Punch machine for 2,000 points. Now go to the hotel building and enter the Hotel Room 305. Use the Brain Rot weapon to turn the zombies to your side and destroy the door through a hole in it. Enter the room that has opened and grab the robotic arms from the corpse on the bed.

In the last part, you must kill the Panzer Soldier. One enters each game in the 10th round. If it is destroyed, pick up the battery and drop it.

Now you have to visit two places. First, go to a clothing factory and you can install a microwave on the device that allows you to control where Claus is going when you activate him. Then go to the Safe Room and communicate with Claus to give him a battery and hands. Be careful; even if Claus helps you shoot, it takes a while for him to run and go through his initial announcement, so don’t get swarmed and overtaken when you try to watch Claus.

When Claus is activated, you lose your tactical equipment and replace him with a remote control for Claus. This way you can set Claus to defend himself in a specific place. If you want him by your side, cancel the action and he will return to you.